The Importance of Net Neutrality

Although I remain a huge admirer of Lawrence Lessig, I am ashamed to admit that I never fully understood the importance of net neutrality until last week. Mr. Lessig described network neutrality in these urgent terms in 2006:

At the center of the debate is the most important public policy you've probably never heard of: "network neutrality." Net neutrality means simply that all like Internet content must be treated alike and move at the same speed over the network. The owners of the Internet's wires cannot discriminate. This is the simple but brilliant "end-to-end" design of the Internet that has made it such a powerful force for economic and social good: All of the intelligence and control is held by producers and users, not the networks that connect them.

Fortunately, the good guys are winning. Recent legal challenges to network neutrality have been defeated, at least under US law. I remember hearing about these legal decisions at the time, but I glossed over them because I thought they were fundamentally about file sharing and BitTorrent. Not to sound dismissive, but someone's legal right to download a complete video archive of Firefly wasn't exactly keeping me up at night.

But network neutrality is about far more than file sharing bandwidth. To understand what's at stake, study the sordid history of the world's communication networks – starting with the telegraph, radio, telephone, television, and onward. Without historical context, it's impossible to appreciate how scarily easy it is for common carriage to get subverted and undermined by corporations and government in subtle (and sometimes not so subtle) ways, with terrible long-term consequences for society.

That's the genius of Tim Wu's book The Master Switch: The Rise and Fall of Information Empires. 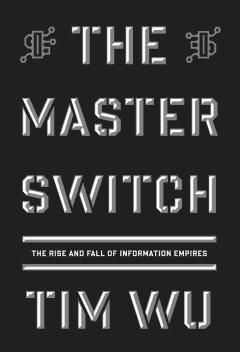 One of the most fascinating stories in the book is that of Harry Tuttle and AT&T.

Harry Tuttle was, for most of his life, president of the Hush-a-Phone Corporation, manufacturer of the telephone silencer. Apart from Tuttle, Hush-a-Phone employed his secretary. The two of them worked alone out of a small office near Union Square in New York City. Hush-a-Phone's signature product was shaped like a scoop, and it fit around the speaking end of a receiver, so that no one could hear what the user was saying on the telephone. The company motto emblazoned on its letterhead stated the promise succinctly: "Makes your phone private as a booth."

If the Hush-a-Phone never became a household necessity, Tuttle did a decent business, and by 1950 he would claim to have sold 125,000 units. But one day late in the 1940s, Henry Tuttle received alarming news. AT&T had launched a crackdown on the Hush-a-Phone and similar products, like the Jordaphone, a creaky precursor of the modern speakerphone, whose manufacturer had likewise been put on notice. Bell repairmen began warning customers that Hush-a-Phone use was a violation of a federal tariff and that, failing to cease and desist, they risked termination of their telephone service.

Was AT&T merely blowing smoke? Not at all: the company was referring to a special rule that was part of their covenant with the federal government. It stated: No equipment, apparatus, circuit or device not furnished by the telephone company shall be attached to or connected with the facilities furnished by the telephone company, whether physically, by induction, or otherwise.

Tuttle hired an attorney, who petitioned the FCC for a modification of the rule and an injunction against AT&T's threats. In 1950 the FCC decided to hold a trial (officially a "public hearing") in Washington, D.C., to consider whether AT&T, the nation's regulated monopolist, could punish its customers for placing a plastic cup over their telephone mouthpiece.

The story of the Hush-a-Phone and its struggle with AT&T, for all its absurdist undertones, offers a window on the mindset of the monopoly at its height, as well as a picture of the challenges facing even the least innovative innovator at that moment.

Absurdist, indeed – Harry Tuttle is also not-so-coincidentally the name of a character in the movie Brazil, one who attempts to work as a renegade, outside oppressive centralized government systems. Often at great peril to his own life and, well, that of anyone who happens to be nearby, too. 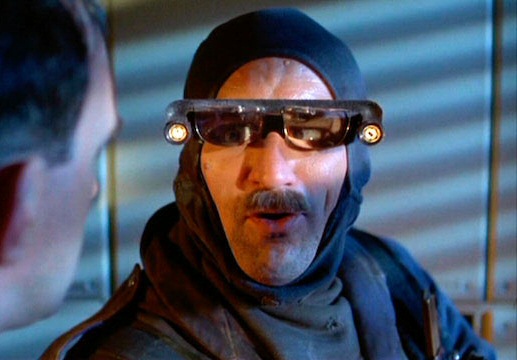 But the story of Harry Tuttle isn't just a cautionary tale about the dangers of large communication monopolies. Guess who was on Harry Tuttle's side in his sadly doomed legal effort against the enormously powerful Bell monopoly? No less than an acoustics professor by the name of Leo Beranek, and an expert witness by the name of J.C.R. Licklider.

If you don't recognize those names, you should. J.C.R. Licklider went on to propose and design ARPANET, and Leo Beranek became one of the B's in Bolt, Beranek and Newman, who helped build ARPANET. In other words, these gentlemen went on from battling the Bell monopoly in court in the 1950s to designing a system in 1968 that would ultimately defeat it: the internet.

The internet is radically unlike all the telecommunications networks that have preceded it. It's the first national and global communication network designed from the outset to resist mechanisms for centralized control and monopoly. But resistance is not necessarily enough; The Master Switch makes a compelling case that, historically speaking, all communication networks start out open and then rapidly swing closed as they are increasingly commercialized.

Just as our addiction to the benefits of the internal combustion engine led us to such demand for fossil fuels as we could no longer support, so, too, has our dependence on our mobile smart phones, touchpads, laptops, and other devices delivered us to a moment when our demand for bandwidth – the new black gold – is insatiable. Let us, then, not fail to protect ourselves from the will of those who might seek domination of those resources we cannot do without. If we do not take this moment to secure our sovereignty over the choices that our information age has allowed us to enjoy, we cannot reasonably blame its loss on those who are free to enrich themselves by taking it from us in a manner history has foretold.

It's up to us to be vigilant in protecting the concepts of common carriage and network neutrality on the internet. Even devices that you may love, like an iPad, Kindle, or Xbox, can easily be turned against you – if you let them.

How to Write Without Writing