What would you do, if you could do anything?

I don't mean in a fantasy superhero way, but in terms of resources. If someone told you that you now had the resources to attempt to make one thing happen in the world, one real thing, what would that be?

If you're Elon Musk, the patron saint of Hacker News, then you create an electric car and rocket ships. And then propose a hyperloop. Not bad. Not bad at all.

My dream is more modest. I decided to create a keyboard.

I've talked about keyboards here for years, but The CODE Keyboard is the only simple, clean, beautiful backlit mechanical keyboard I've ever found. Because we built it that way.

The name is of course a homage to one of my favorite books. 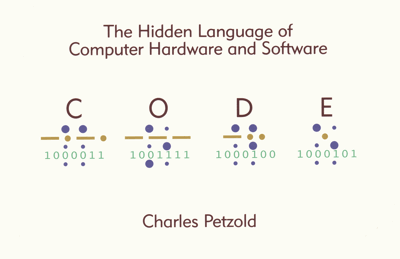 That's what I've always loved about programming, the thrill of discovering that communicating with other human beings in their code is the true secret to success in writing code for computers. It's all just … code.

CODE
/kōd/
A system of words, letters, figures, or other symbols used to represent others

The projects I've worked on for the last eight years are first and foremost systems for efficiently communicating with other human beings, not computers. Both Stack Exchange and Discourse are deeply concerned with people and words and the code they use to talk to each other. The only way those words arrive on your screen is because someone, somewhere typed them. Now, I've grown to begrudgingly accept the fact that touchscreen keyboards are here to stay, largely because the average person just doesn't need to produce much written communication in a given day. So the on-screen keyboard, along with a generous dollop of autocomplete and autofix, suffices.

But I'm not an average person. You aren't an average person. We aren't average people. We know how to use the most powerful tool on the web – words. Strip away the images and gradients and vectors from even the fanciest web page, and you'll find that the web is mostly words. If you believe, as I do, in the power of words, then keyboards have to be one of the most amazing tools mankind has ever created. Nothing lets you get your thoughts out of your brain and into words faster and more efficiently than a well made keyboard. It's the most subversive thing we've invented since the pen and the printing press, and probably will remain so until we perfect direct brain interfaces.

I was indoctrinated into the keyboard cult when I bought my first computer. But I didn't appreciate it. Few do. The world is awash in terrible, crappy, no name how-cheap-can-we-make-it keyboards. There are a few dozen better mechanical keyboard options out there. I've owned and used at least six different expensive mechanical keyboards, but I wasn't satisfied with any of them, either: they didn't have backlighting, were ugly, had terrible design, or were missing basic functions like media keys.

That's why I originally contacted Weyman Kwong of WASD Keyboards way back in early 2012.* I told him that the state of keyboards was unacceptable to me as a geek, and I proposed a partnership wherein I was willing to work with him to do whatever it takes to produce a truly great mechanical keyboard. Weyman is a hard core keyboard nut who absolutely knows his stuff – I mean, he runs a whole company that sells custom high end mechanical keyboards – but I don't think he had ever met anyone like me before, a guy who was willing to do a no strings attached deal just for the love of an idealized keyboard. At one point over a lunch meeting, he paused, thought a bit, and said:

I don't know about that.

But I'm not here to sell you a keyboard. Buy, don't buy. It doesn't matter. I'm just happy to live in a world where the first truly great mechanical keyboard finally exists now, in exactly the form it needed to, with every detail just so, and I can type this very post on it. As glorious as that may be, I'm here to sell you on something much more dangerous: the power of words. So whether you decide to use the CODE Keyboard, or any keyboard at all, I'm glad you're thinking about writing words with us.

The Rule of Three