I was fascinated to discover the auction hybrid site swoopo.com (previously known as telebid.com). It's a strange combination of eBay, woot, and slot machine. Here's how it works:

But that one final bidder got a great deal, right? Maybe. Even when you win, you can lose. Remember that each bid costs you 75 cents, while only increasing the price of the item 15 cents. If you bid too many times on an item -- or if you use the site's "helpful" automated BidButler service, which bids on your behalf -- you'll end up paying the purchase price in bids alone. For this item, if you bid more than 305 times, you've paid the purchase price -- and only raised the cost of the item by $45.75 total.

OK, so bidding a lot is a bad idea, so maybe we only bid one time, or a few times, and near the end of the auction? Great plan, except the auction is extended 15 seconds each and every time someone bids in those final seconds. There are absolute end dates for the auctions, but they're usually so far in the future that the auction will end through attrition long before they reach their end date. I've often wondered if eBay would implement this feature, as it would effectively end last second sniping, a huge problem for auction sites. Well, beyond the obvious problem with auctions, which is that the most optimistic person sets the price for everyone else.

There's something else at work here, though, and it's almost an exploit of human nature itself. Once you've bid on something a few times, you now have a vested financial interest in that product, a product someone else could end up winning, rendering your investment moot. This often leads to irrational decisionmaking -- something called the endowment effect, which has even been observed in chimpanzees. So instead of doing the rational thing and walking away from a bad investment, you pour more money in, sending good money after bad.

It's pretty clear to me that swoopo isn't an auction site. It bills itself as "entertainment shopping". I think it is in fact a lottery; the only way to win here is sheer dumb luck.

Or, of course, by not playing at all. 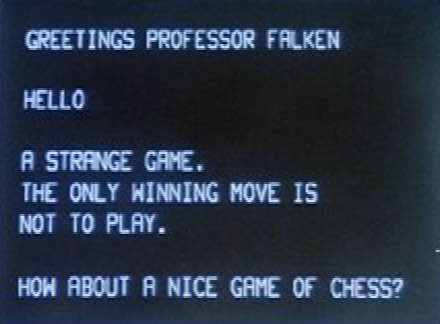 But wait -- it gets worse! Swoopo also offers

It's not clear that Swoopo even has the items they auction; they appear to sell first, then use the money they gain from the completed auction to buy and ship the item. Furthermore, they have a clause in their Help under Delivery and Shipping that lets them ship "equivalent" items:

On rare occasions we are no longer able to source the specific item detailed in the auction. When this happens, we will contact you and offer to send you an equivalent item of at least equal value. Many of the products we sell are high-technology items that have a short life-cycle, so often this will mean an upgrade to the newer version of the item.

There are also rumblings that swoopo silently pits users from the different territory websites against each other in individual auctions, such that UK users are unwittingly bidding against US users. This is done to ensure that there is around the clock bidding to extend auction end dates as long as possible.

In short, swoopo is about as close to pure, distilled evil in a business plan as I've ever seen. They get paid for everything up front, and as they drop ship everything there's no inventory or overhead to worry about. It is almost brilliantly evil, in a sort of evil genius way. You can't stop people from endowment effect fueled bidding when they have the individual chance, however small it may be, to win a $2,000 television for $80 -- while collectively sending the house $10,000 or more.

My admiration stops short of sites that prey on the weak and the uneducated -- and of business plans that are almost certainly illegal, at least here in the US.