A question recently came up on the internal Vertigo mailing list about surge protection for home equipment and computers:

The best source of information on this is Dan of the eponymously named Dan's Data. Let's start with his essential article on power conditioning:

A surge is a lengthy (2.5 second or longer) increase in the supply voltage. A sag is a similarly lengthy decrease. By and large, computer power supplies deal with both of these quite well, though it of course depends on the severity of the irregularity, not to mention the quality of the power supply, and how much of its capacity is being used by the computer. The closer to maximum capacity a power supply is, the less likely it is to handle a given surge or sag. For this reason, a computer with a 300 watt (W) Power Supply Unit (PSU) is likely to deal better with line irregularities than one with a 235W PSU, although it may not ever need more than 200W of the PSU's possible output.

Outages are plain old blackouts, which are the Russian roulette of computing - you'll probably get away with no damage or only minor system corruption if the power drops out, but if you're writing to the only copy of an important file at the magic moment, you can kiss it goodbye.

Spikes are the real nasties. A spike is a brief increase in the supply voltage - less than 2.5 seconds, often a lot less. For a fraction of a second, a spike can easily subject your equipment to several hundred volts. If this doesn't blow something up outright, it can progressively damage power supply and other components. So, after a few (or a few hundred) more spikes and surges, your PC dies, for no obvious reason. You may lose a power supply or modem; you may lose your motherboard; you may even lose your hard drive and everything on it.

If lightning directly strikes the power lines near your house, you will have a very exciting time and probably lose some gear, unless everything is unplugged. Fortunately, direct strikes to power lines are rare, because, by definition, a power line is well isolated from earth, and the lightning is looking for an earth. Buried power and telephone lines are a different story, though; lightning strikes a long way away can result in large induced spikes on these sorts of cables.

The plain surge/spike filter powerboards you can buy at various electronics, electrical and hardware stores are, arguably, worse than nothing. This is because they give you the impression you're protected, when you probably aren't - well, not for long, anyway.

The chief surge-clamping component in a basic filter-board is a Metal-Oxide Varistor (MOV). 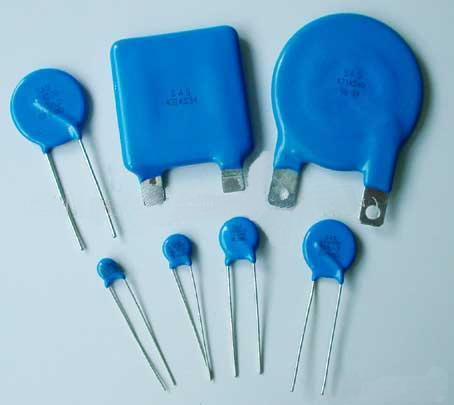 MOVs pass current only when the voltage across them is above a set value, and they react very quickly (in a matter of microseconds, against the tens of milliseconds a circuit breaker takes). That's the good news. The bad news is that MOVs wear out - they're only good for a few uses, and the bigger the spike, the more damage is done.

Cheap power filters seldom give you any indication whether your MOV is alive or not. If the powerboard has an illuminated power switch, the switch light often goes off when the MOV has died. The switch lights generally last for decades, so no light almost definitely means no MOV - but since the light only shows the status of a fuse, and the fuse won't blow if the MOV has been killed by lots of smaller surges, the light can keep glowing merrily when the MOV has long since kicked the bucket.

The key thing to take away from this article is that surge protectors wear out. They aren't good forever.

Personally, I recommend the Tripp Lite ISOBAR Ultra series of surge protectors. And yes, it has to be the Ultra, because of the little green "protection present" LED the Ultra adds. It lets you know that the MOV inside your power strip is still functioning. 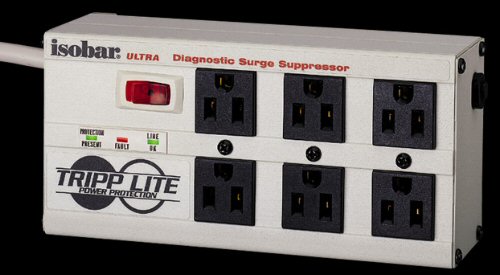 The 6-outlet ISOBAR ultra is about $50 online, so they skew to the expensive side of the surge protection spectrum. But at least you won't get a false sense of security from a cheap power strip with a MOV that blew out three years ago. The howstuffworks article on surge protectors mentions that you should look for power strips with a UL 1449 certification, but I think it's more important to look for one with that "protection present" LED.

If you're really serious about protecting that bit of equipment, you won't bother with a surge protector. A surge protector can only protect you from spikes and surges, after all. What about sags and outages? To get full protection from the entire gamut of power problems, you need an Uninterruptible Power Supply.

And that's why, although I own and use many Tripp Lite Ultra power strips, all my home PCs are plugged into UPSes. 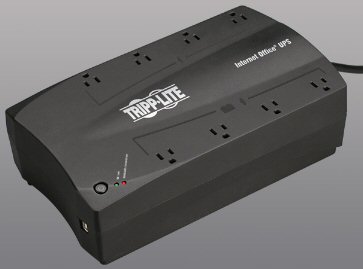 I don't have enough experience to recommend a specific brand of UPS, other than a general trust of Tripp Lite, but this excellent Computer Power User article (may be behind paywall after first visit) has a few general recommendations for us:

Once you hook your device up to a true UPS, you've basically removed it from the power grid and hooked it into a custom electricity provider. The only use the UPS has for wall power is to charge its batteries. And be sure not to plug your UPS into any surge protection strip! Plug it directly into the wall. I've seen some truly bizarre PC behavior resulting from daisy-chaining UPSes or surge protection strips.