If you're at all familiar with computer history, you might have heard of Bill Gates' famous 1976 letter to the Homebrew Computer Club. The letter was written to address rampant piracy of Bill's earliest product, Altair BASIC, which was being passed around quite freely by hobbyists in paper tape form, without any sort of payment to Microsoft (or, as it was then called, Micro-Soft).

Bill was understandably upset about this state of affairs.

It's an interesting figure: less than 10% of the "users" had actually purchased a copy; the other 90% had pirated it. Let's compare that statistic with a blog comment left November 12th by one of the authors of the critically acclaimed indie game World of Goo:

last we checked the piracy rate was about 90%.

32 years later, and we've ended up back exactly where we started. That's not exactly a resounding affirmation of the human spirit, or anything.

That 90% piracy figure was later substantiated in a blog post:

It's just an estimate though... there are factors that we couldn't account for that would make the actual piracy rate lower than our estimate:

There are also factors that would make the actual piracy rate higher than our estimate:

For simplicity's sake, we just assumed those would balance out. So take the 90% as a rough estimate.

What makes this particularly depressing is that that World of Goo is not a game that deserves to be pirated. Not just because it's easily one of the best games of 2008 (and it really is -- please try the demo for Windows or Mac). 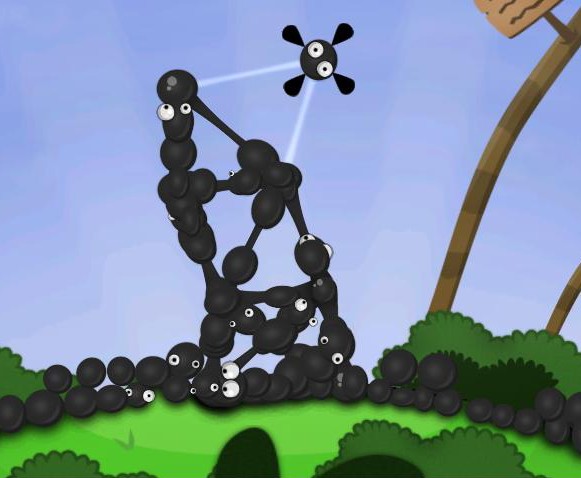 The crushing piracy rate is especially painful in this case because World of Goo was handcrafted by a tiny 2 man independent programming shop. Even a cursory 10 minute session is more than enough to demonstrate that this is a game built with love, not another commercial product extruded from the bowels of some faceless Activision-EA corporate game franchise sweatshop. Nor is this an exorbitantly priced bit of Adobe software that costs hundreds or thousands of dollars; it's a measly twenty bucks! Fifteen, if you count the fact that it's on sale right now via Steam. Oh, and did I mention that the developers explicitly chose to avoid any form of onerous copy protection?

Doesn't matter. 90% piracy rate. Just like Altair BASIC. And every other game.

Now, I'm no saint. I essentially grew up as a hardcore Apple // scene pirate, resolutely avoiding those public service announcements not to copy that floppy. I have a deep and personal understanding of the fact that not every person who pirates the software would ultimately buy it anyway. I was just a kid; I barely had money enough to have a computer at all. This is why the BSA's hypothetical piracy loss claims are more fantasy than anything else. Piracy is a natural state of affairs for users with lots of time and no money.

But it doesn't stay that way. Now that I'm older, I have money -- and a taste for software. I buy software all the time. I urge other people to buy software all the time. I've worked for companies that buy hundreds of thousands of dollars worth of software. I've even gone so far as proposing a Support Your Favorite Small Software Vendor Day, and I still try to live up to that goal. I have a budget set aside to buy some bit of software from a small development shop, each and every month. As programmers, we of all people should appreciate the message Bill Gates outlined in his original 1976 letter better than anyone else: buying software supports programmers.

But let me be absolutely crystal clear about one thing: as a programmer, if you write software and charge money for it, your software will be pirated. Guaranteed. Consider this recent example from the Joel on Software forums:

My software is being pirated.

I have contacted with the forum where is the post with the crack and with the business that he requested (I called him) this crack. But they do not seem to want to collaborate. What I do?

Now, the users can download a demo limited by days from my website and others' websites. I'm using Quick License Manager....

.. you have no recourse. Software piracy is a fact of life, and there's very little you can do about it. The more DRM and anti-piracy devices you pile on, the more likely you are to harm and alienate your paying customers. Use a common third party protection system and it'll probably be cracked along with all the other customers of that system. Nobody wants to leave the front door to their house open, of course, but you should err on the side of simple protection whenever possible. Bear in mind that a certain percentage of the audience simply can't be reached; they'll never pay for your software at any price. Don't penalize the honest people to punish the incorrigible. As my friend Nathan Bowers so aptly noted:

Every time DRM prevents legitimate playback, a pirate gets his wings.

In fact, the most effective anti-piracy software development strategy is the simplest one of all:

(Or, more radically, choose an open source business model where piracy is no longer a problem but a benefit -- the world's most efficient and viral software distribution network. But that's a topic for a very different blog post.)

Now, it's up to you to prove me right and revive my waning belief in the essential goodness of the human spirit by buying a copy of World of Goo, ideally directly from the developers.

Or you could, y'know, pirate it like everyone else.

Programming: Love It or Leave It