How to Talk to Human Beings

I hesitate to say everyone should have a child, because becoming a parent is an intensely personal choice. I try my best to avoid evangelizing the experience, but the deeper in I get, the more I believe that nothing captures the continued absurdity of the human condition better than having a child does.

After becoming a parent, the first thing you'll say to yourself is, my God, it is a miracle any of us even exist, because I want to freakin' kill this kid at least three times a day. But then your child will spontaneously hug you, or tell you some stupid joke that they can't stop laughing at, or grab for your hand while crossing the street and then … well, here we all are, aren't we? I'm left wondering if I'll ever be able to love other people – or for that matter myself – as much as I love my children. Unconditional, irrational, nonsensical love. That's humanity in a nutshell.

Parenting is by far the toughest job I've ever had. It makes my so-called career seem awfully quaint in comparison. 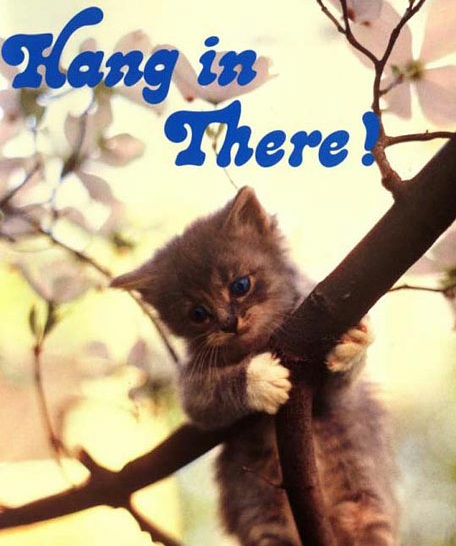 My favorite part of the parenting process, though, is finally being able to talk to my kids. When the dam breaks and all that crazy stuff they had locked away in those tiny brains for the first two years comes uncontrollably pouring out. Finding out what they're thinking about and what kind of people they are at last. Watching them discover and explore the surface of language is utterly fascinating. After spending two years trying to guess – with extremely limited success – what they want and need, truly, what greater privilege is there than to simply ask them? Language: Best. Invention. Ever. I like it so much I'm using it right now!

Language also allows kids to demonstrate just what crazy little roiling balls of id they (and by extension, we) all are on the inside. Kids don't know what it means to be mad, to be happy, to be sad. They have to be taught what emotions are, how to handle them, and how to deal in a constructive way with everything the world is throwing at them. You'll get a ringside seat to this process not as a passive observer, but as their coach and spirit guide. They have no coping mechanisms except the ones we teach them. The difference between a child who freaks out at the slightest breeze, and a child who can confidently navigate an unfamiliar world? The parents.

See, I told you this was going to be tough.

There are of course innumerable books on parenting and child-rearing, most of which I have no time to read because by the time I'm done being a parent for the day, I'm too exhausted to read more about it. And, really, who wants to read about parenting when you're living the stuff 24/7? Except on Parenting Stack Exchange, of course. However, there is one particular book I happened to discover that was shockingly helpful, even after barely ten pages in. If you ever need to deal with children aged 2 to 99, stop reading right now and go buy How to Talk So Kids Will Listen & Listen So Kids Will Talk. 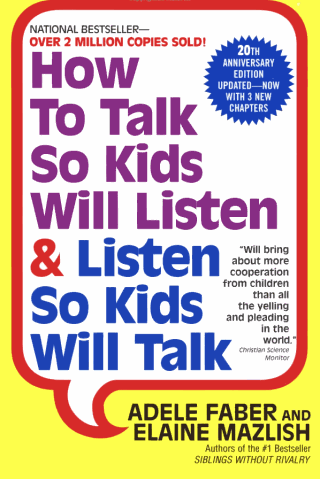 We already own three copies. And you're welcome.

What's so great about this book? I originally found it through A.J. Jacobs, who I mentioned in Trust Me, I'm Lying. Here's how he describes it:

The best marriage advice book I’ve read is a paperback called How to Talk So Kids Will Listen & Listen So Kids Will Talk. As you might deduce from the title, it wasn’t meant as a marriage advice book. But the techniques in this book are so brilliant, I use them in every human interaction I can, no matter the age of the conversant. It’s a strategy that was working well until today.

The book was written by a pair of former New York City teachers, and their thesis is that we talk to kids all wrong. You can’t argue with kids, and you shouldn’t dismiss their complaints. The magic formula includes: listen, repeat what they say, label their emotions. The kids will figure out the solution themselves.

I started using it on Jasper, who would throw a tantrum about his brothers monopolizing the pieces to Mouse Trap. I listened, repeated what he said, and watched the screaming and tears magically subside. It worked so well, I decided, why limit it to kids? My first time trying it on a grown-up was one morning at the deli. I was standing behind a guy who was trying unsuccessfully to make a call on his cell.

This book taught me that, as with so many other things in life, I've been doing it all wrong. I thought it was my job as a parent to solve problems for my children, to throw myself on life's figurative grenades to protect them. Consider the following illustrated examples from the book.

Notice how she cleverly lets the child reach an alternative solution himself, rather than providing the "solution" to him on a silver platter as the all-seeing, all-knowing omniscient adult. This honestly would never have occurred to me, because, well, if we're out of Toastie Crunchies, then we are out of freaking Toastie Crunchies! 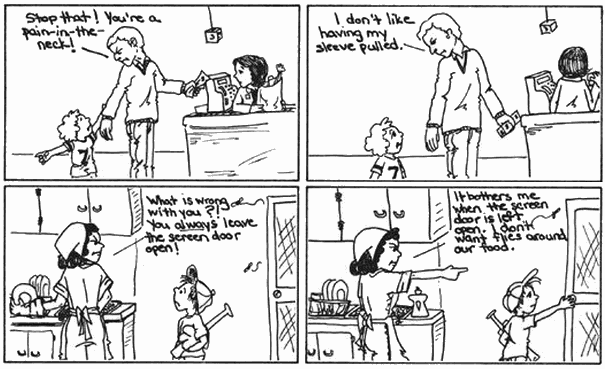 I've learned to fall back whenever possible to simply describing things or situations instead of judging or pontificating. I explain the consequences of potential actions rather than jumping impatiently to "don't do that".

How to Talk So Kids Will Listen & Listen So Kids Will Talk is full of beautiful little insights on human interaction like this, and I was surprised to find how often what I thought was a good parenting behavior was working against us. Turns out, children aren't the only ones who have trouble dealing with their emotions and learning to communicate. I haven't just improved my relationship with my kids using the practical advice in this book, I've improved my interactions with all human beings from age 2 to 99.

Kids will teach you, if you let them. They'll teach you that getting born is the easy part. Anyone can do that in a day. But becoming a well-adjusted human being? That'll take the rest of your life.

How to Stop Sucking and Be Awesome Instead