Hard disk space, like CPU speed, isn't increasing as fast as it used to:

Still, 400gb drives can be had, and it's not difficult to build a terabyte array if you need to. Which begs the question-- where does all that hard drive space go?

Two tools I use to demystify the "gee, I had 50gb free yesterday" conundrum are overdisk 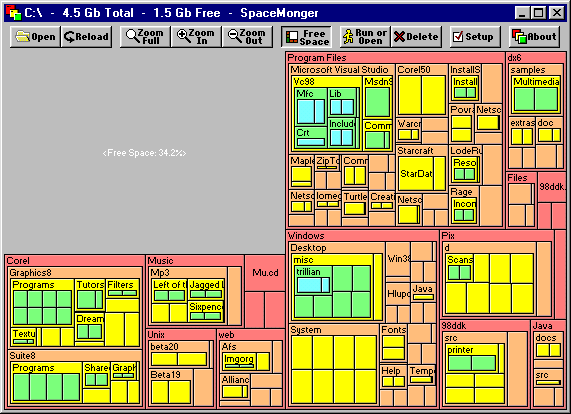 I like the Tufte-esque visual style of overdisk, but I'm not convinced the information is any more useful when presented in that format. I run Treesize on servers, too, and I'd like to find a command-line equivalent of Treesize if anyone knows of one.

Some Lessons From Forth