Configurability and Voiding Your Warranty

In The Problem with Configurability, I noted the tenuous balance between the opposing goals of customization and convention. Kam VedBrat, one of the Microsoft Windows UI designers for Vista, riffs on a similar theme. Why isn't Windows Vista completely skinnable out of the box?

There is also the issue of supportability - how does the guy on the phone doing tech support, or working at the helpdesk tell you to click on the big green start button to open a program, or the red button in the corner to close a pop-up add if the skin you installed replaced your start button with an alien-head and turned the close button black? 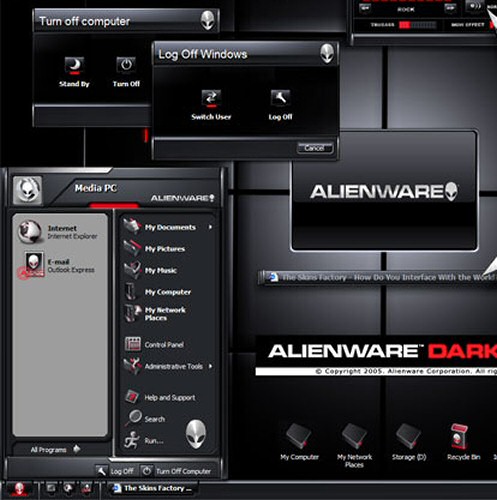 Don't get me wrong - I love the fact that people can do this stuff with their PC. But it is far more invasive than it may appear to be on the surface. One of the best selling cars in the United States is the Honda Civic. And a huge contributor to its popularity, especially amongst younger buyers, is the vast array of aftermarket parts that are available for it. Honda lets you do some customization at the factory - you can pick your paint color, maybe tint the windows, etc. But if you want your car to look more like something that you saw on "Pimp My Ride", you can get it done, but it also voids your factory warranty.

This might not be an issue for someone who authored the skin themself but once you make it a broad reaching thing that anyone can download and install -- maybe even accidentally -- you run the risk of really making things worse for people.

Our stance is somewhat similar - if you're going to do simple stuff, we have some options for you. And for a very large percentage of the ~700,000,000 people running Windows, what we offer in the box is fine. If you want more customization, it's available. And it will continue to be available in Windows Vista. But depending on how much you do under the hood, you might void your warranty.

I was thinking about the skinning problem this weekend as I browsed through the 200+ skins available for the Desktop Sidebar. So many of them are just awful. Customization is in the eyes of the beholder, of course, but the odds of a user picking a random skin that actually reduces usability is high. The default UI may not have flames/aliens/J-Lo on it, but it was probably built by designers versed in usability.

So, to take this analogy to its logical conclusion-- WindowBlinds is how you Pimp Your OS, and your rapper-turned-host is Brad Wardell. Aiiight?