A Developer's Second Most Important Asset 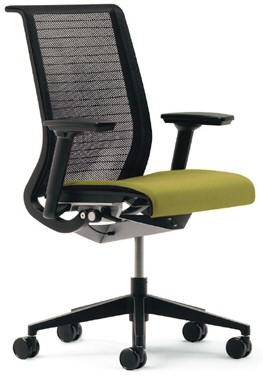 I've run the gamut from $99 OfficeMax specials all the way up to the exotics, and there's no question that a quality chair is a significant factor in productivity over an 8 hour day.

Of course, you can't talk about IT professionals and seating without invoking the ghost of Herman Miller's Aeron chair, which has an unfortunate association with the era of dot-com excess:

Unlike Miele vacuums or Niman Ranch steaks, however, Aeron chairs enjoyed a special relationship with the Internet boom, riding the dot-com wave to near ubiquity. Aerons were the new economy and success rolled into a single object; they gave start-ups a tangible way to flaunt their investors' high hopes and reporters a shorthand to describe success.

"To get an indication of how well Salesforce.com is doing these days," wrote a Business Week reporter in a recent article, "stroll through its newly renovated offices – [where] a young staff sits in ergonomic Aeron chairs and takes breaks at the circular coffee bar in the corner of the main floor."

As the dot-coms got richer, so did Herman Miller, the maker of Aeron chairs and inventor of that mainstay of the new-economy workplace: modular panels with integrated work systems, aka the cubicle. As the dot-com boom hit its peak in the last quarter of 2000, Herman Miller's net sales increased 27.7 percent. Among its bestselling products: the Aeron chair.

But just as the dot-coms had collected Aerons when they grew, so they shed them as they died, unleashing legions of briefly occupied luxury chairs into the world. When sports company Quokka shut its doors, it left behind hundreds of hastily abandoned Aeron chairs, clustered in the corners of the lifeless offices like refugees.

Way back in 1998, one of my first published reviews was of the Aeron chair I had just purchased. And it's the top result for the Google search term "aeron review" – go figure. I still have that Aeron, and I'm still happy with it. My enthusiasm is somewhat diminished by the way the Aeron has become a symbol of dot-com excess, and the dot-com implosion. I had to disassemble the chair to replace the tilt locking pin, which broke in 2001; I've been a lot more careful about aggressive reclining since then.

I am fortunate enough to have a fairly nice chair at work – the Steelcase Leap. I can also recommend this chair; it's in the same ballpark price-wise as the Aeron. In fact, after browsing chairs for the last few years of my career, I've come to one conclusion: you can't expect to get a decent chair for less than $500. If you are spending less than that on seating – unless you are getting the deal of the century on dot-bomb bankruptcy auctions – you're probably making a mistake. I'm not saying that to be an elitist I-have-a-better-chair-and-more-money-than-you kind of guy; it's just a market reality. And besides, a good chair is absolutely one of the best investments you can make as a professional software developer. No doubt about it.

Of course, the Leap and Aeron are a few good choices among many:

What do you sit in all day? As a developer, demand good seating, because it's necessary for productive work. Hopefully it won't come to this, but if you have to, buy it yourself as an career investment. If you're not careful, you could end up writing code in Chairy. 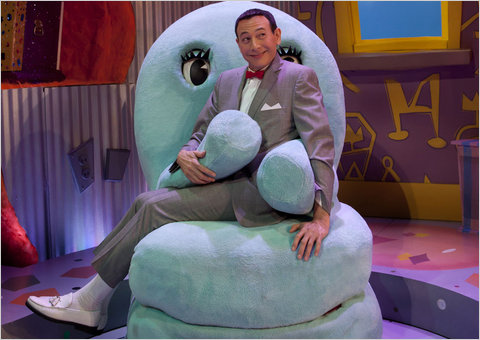 Update: I have a newer post on this topic which covers all the great suggestions people left in the comments. Please visit the newer post for the latest info or to leave a comment!

Developers Are Users Too