Steve Yegge's scathing criticism of agile methodologies takes a page from Joel Spolsky's book. It's not merely an indictment of Agile, it's also a celebration of how his company does business. Just substitute "Google" for "Fog Creek Software" and you'll get the idea.

It's a long post, so I'll save you the effort of reading it: if you're practicing Agile and you don't work at Google, you're probably doing it wrong. Here's how Google does it:

If nothing else, it's an interesting window into Google's software development process.

The whole FogCreek/Google-Is-So-Totally-Awesome thing is an annoyance. But I have a deeper problem with this post. I think Steve's criticisms of agile are hysterical and misplaced; attacking Agile is a waste of time because most developers haven't even gotten there yet! The real enemy isn't Agile, it's Waterfall and Big Design Up Front. Even "bad" Agile is a huge quality of life improvement for developers stuck in the dark ages of BDUF. I know because I've been there. 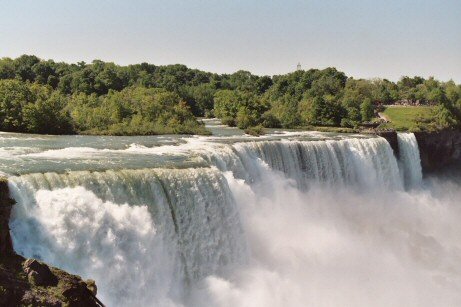 Rather than wasting time and effort on discriminating between "good" and "bad" Agile, we should be banding together in the name of Anything But Waterfall. The fact that some maladjusted developer or project manager could use Steve's well-written, reasonable sounding rant as a justification to keep their project in the dark ages of Waterfall and BDUF absolutely kills me. Who is the real enemy here?

I'm not the only person with criticisms of Steve's rant. Dare Obasanjo notes that the talent meritocracy at Google sounds disturbingly similar to the one outlined in Malcolm Gladwell's The Talent Myth:

This "talent mind-set" is the new orthodoxy of American management. It is the intellectual justification for why such a high premium is placed on degrees from first-tier business schools, and why the compensation packages for top executives have become so lavish. In the modern corporation, the system is considered only as strong as its stars, and, in the past few years, this message has been preached by consultants and management gurus all over the world. None, however, have spread the word quite so ardently as McKinsey, and, of all its clients, one firm took the talent mind-set closest to heart. It was a company where McKinsey conducted twenty separate projects, where McKinsey's billings topped ten million dollars a year, where a McKinsey director regularly attended board meetings, and where the C.E.O. himself was a former McKinsey partner. The company, of course, was Enron.

Read the rest of the article; the similarities are truly startling. It's not very reassuring to think that the only difference between Enron and Google is their "Don't be evil" motto. We now have laws in place to protect us from Enron, eg, Sarbanes-Oxley. I'm not aware of any pending motto enforcement acts. Yet.

Wes Felter calls it "a great rant", but also cleverly juxtaposes two of Steve's sentences to illustrate a point:

This nickel-a-line-of-code gig is lame. You know where the real money is at? You start your own religion. [...] There is nothing like it on the face of this earth. I could talk for hours, days about how amazing it is to work at Google, and I wouldn't be done. And they're not done either. Every week it seems like there's a new perk, a new benefit, a new improvement, a new survey asking us all if there's any possible way in which life at Google could be better.

One wonders if the "good" agile at Google isn't just as much of a religion as the "bad" Agile.

I Rock at BASIC