Charles Petzold was kind enough to send me a copy of his new book, The Annotated Turing: A Guided Tour Through Alan Turing's Historic Paper on Computability and the Turing Machine. 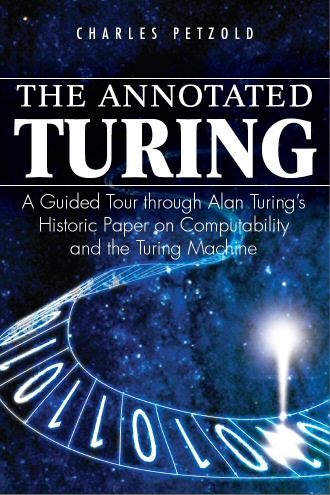 One look at the original title page of Turing's paper is enough to convince me that we're fortunate to have a guide as distinguished and patient as Charles. You know you're in trouble when the very first page opens with "Entscheidungsproblem".

The computer you're using to read this post is based on the mathematical model laid out in that thirty-six page 1936 paper. As are all other computers in the world. The terms Turing Machine and Turing Complete are both derived from that one historic paper.

Needless to say, we owe Alan Turing a lot. 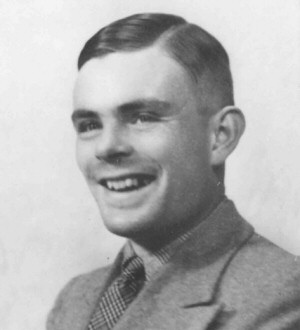 Not only is Alan Turing the father of all modern computer science, he also was the single individual most responsible for breaking the Enigma code during World War II, and he laid the foundation for artificial intelligence by posing the Turing Test in 1950.

Unfortunately, Alan Turing was also terribly persecuted for the "crime" of being a homosexual. He was arrested in 1952 for having sex with another man. It pains me greatly to read about the degrading and inhumane treatment one of our greatest scientific minds was subjected to. Alan Turing ultimately committed suicide not long afterwards at the age of 42.

The "nobel prize of computing" was founded in Turing's name in 1966. Reading the list of Turing Award recipients is humbling indeed, a reminder of not only how far we've come, but how far we have to go. 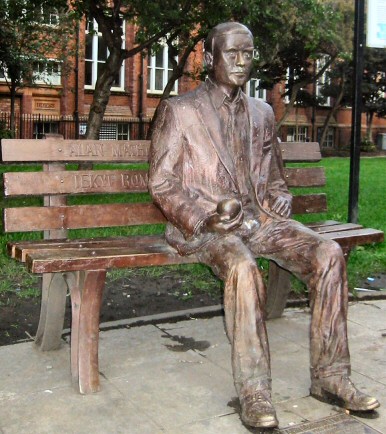 Mathematics, rightly viewed, possesses not only truth, but supreme beauty -- a beauty cold and austere, like that of sculpture.

You'll note that the statue depicts Turing holding an apple in his right hand, a reference to the way he chose to end his life -- by eating a cyanide-laced apple. That was Turing's last message to the world, with clear parallels not only to the legendary scientific knowledge of Isaac Newton, but also the biblical interpretation of forbidden love.

Petzold's Annotated Turing is a gripping testament to the amazing mind of Alan Turing. Writing the book was a nine year labor of love, and it shows. It may be his shortest book -- but it could also be his best yet.